Founder and Chairman
Ken’s primary focus is on corporate strategy, building and running the business, sourcing and developing relationships with investors and other financing partners, and negotiating prospective mergers and acquisitions.
ken@ortusclimate.com
Read Bio

Ken Shewer is a Founder and Chairman of Ortus.

Ken has over 40 years of financial markets experience and has invested billions of dollars globally. Prior to founding Ortus, Ken was a founding partner in a number of successful businesses including Inception Point, AIKAS Partners, and The Kenmar Group. Before forming The Kenmar Group, Ken worked in the international commodities trade as a Vice President and Director of Pasternak, Baum and Co., where he was responsible for the merchandising of grains to importers and exporters around the world.

Ken has participated in various charitable causes as a board member and contributor throughout his career. He holds a B.S. degree from Syracuse University. 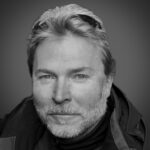 Peter A. Gish is a Founder and Co-CEO of Ortus.

Peter has over 25 years of experience developing, financing and managing the construction of renewable energy projects around the world. Throughout his career he has successfully participated in the development of over 3 GWs of wind and solar power projects in eleven countries.

Prior to founding Ortus, Peter was a Managing Director of UPC International which developed, financed and built over 700 MW of wind power projects in Italy from 1996-2005. Peter subsequently founded or co-founded a number of successful renewable energy businesses, including First Wind which Peter co-founded in 2001 and served on its Board of Directors until 2015 when it was sold to SunEdison. He is also one of the original co-founders of UPC Renewables which was formed in 2007 and has operating businesses in North Africa and Asia. In 2017, Peter founded Ukraine Power Resources which successfully developed 222 MW of wind power projects in the Odessa region, 100 MW of which is currently in construction. Peter is a Director and former Chairman of the Board of Apparent, Inc., a California Solar Energy Company.

Peter holds an A.B. degree from Dartmouth College, a Masters Degree in Jurisprudence from Oxford University, and a Doctor of Law Degree (JD) from Boston College Law School.

Anna Halpern-Lande is a Founder and Co-CEO of Ortus.

Anna is an experienced energy professional who has been engaged with renewable energy, infrastructure, and venture stage companies for over 20 years.

Anna spent over a decade at Shell International where she held senior positions and led numerous deals in renewables and energy technology. Prior to Shell, Anna was the co-founder of Tellurian biodiesel, a leading biodiesel company which was sold to REG in 2008. She also collaborated with Fran Pavley and E2 to create AB32 and negotiate the Low Carbon Fuel Standard. Anna is a co-founder of the Clean Tech Open, the world’s largest cleantech competition, and she has worked at Booz Allen and Hamilton and Wells Fargo & Company.

Anna holds an A.B. degree from Harvard College and a Masters of Business Administration from the MIT Sloan School of Management.

Remy is a Founder and CFO of Ortus.

Remy has over 20 years of experience in the financial industry on both the sell-side and buy-side. Prior to founding Ortus, Remy spent 11 years at Deutsche Bank where he held numerous leadership roles including Managing Director of Global Investment Solutions, Managing Director and Head of Alternatives Specialists Americas, and Head of FX Structuring Americas. Prior to Deutsche Bank, Remy held several other positions at Barclays Capital and Credit Agricole between Paris, London, and New York. These positions included the senior roles of Head of FX Structuring at Barclays and Head of FICC Structuring at Credit Agricole.

Remy holds an actuary diploma from the Institut des Sciences Financières et d’Assurance (ISFA) in Lyon. He also holds two Masters Degrees from the University of Lyon: a first year of PhD (DEA) in quantitative finance and a Master in stochastic calculation and economet¬rics.